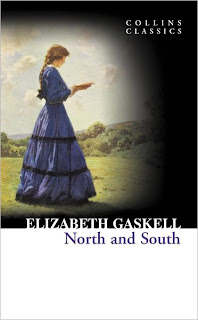 Anyway, let me tell you about why I love this book…or Mr. Thornton…or both.

First of all this book was just as enjoyable as my first experience reading Pride and Prejudice. It had the beautiful writing, the characters (with the North and South of England as characters as well), and the and the witty dialog between characters. (I recall the first time I read your book, Mr. Darcy, my 16-year-old-self had to re-read multiple bits of dialog between yourself and Elizabeth just to understand it.)

I also loved how in this novel I was able to see various points of view. I could see what Miss Margaret Hale was thinking, then I could move along to see what Mr. Thornton was thinking. And I confess, this is why you are in danger of being knocked off your throne of “ideal book characters to write letters to.” I liked seeing the inner mind of Mr. Thornton. I liked noticing how he treated (or thought about) his mother or sister or friends when nobody in particular was noticing. And the fact that I thought him such a “True Man” (his ideal, which he holds to a higher standard than a “gentleman”) which made me like him all the more.

And the fact that over and over again he would not hurt (or even let other people hurt) Miss Hale even after she told him she would never love him (what a heart-wrenching rejection!). The fact that when his mother said she would hate Miss Hale for rejecting her son made her son say that he would only love Miss Hale the more for it. When he went to where Margret used to live to know her better (even though he again never thought she would love him). When he went to dinner with Margaret’s family after he was ruined and could wonder if Miss Hale would flaunt her wealth and his misfortune (which she didn’t, we all know she isn’t like that).

Oh, Mr. Darcy! I really like Mr. John Thornton. *Sigh* But, at least you can know that you were my first book character love…if that is any consolation! Book characters are the best pen pals!